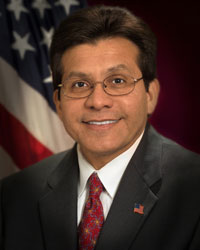 Under the US Attorney General Alberto Gonzales’s tenure, online gambling has suffered one blow after another. Most recently, Gonzales promised Republican Arizona Senator Jon Kyl that he would do everything he could to ensure the billion dollar industry would be squashed.

On Monday, White House officials announced that Attorney General, Alberto Gonzales, had resigned after much controversy over how he handled the firing of several state attorneys.

The official said Gonzales submitted a letter on Friday saying he had decided to step down, but the announcement was withheld until he met with President Bush at the president’s Crawford ranch.

Gonzales’ resignation marks the loss of another Bush loyalist at a time when his support in public opinion polls has been lagging. Though Bush had voiced continued support for Gonzales, a longtime ally from Texas, the attorney generals support in Congress had withered after a series of run-ins that prompted some lawmakers to allege he had committed perjury.

Gonzales is mentioned as a defendant in a case filed by the online gambling industry trade group iMEGA.org.

First, Let me introduce myself as this is my first article for the new World Gambling News publication. I am James Anderson, father of two and husband of one. All my life I have been against the grain when it comes to perspectives on many issues causing some interesting situations at home, school and sometimes at work. I have found though that thinking a bit different, even if totally incorrect sparks thoughts in others that may have gone undiscovered if I just went along with everyone else. Well that’s the quick background on myself, and I hope that lets you understand where I am coming from in future stories here on World Gambling News.

My first article is one that undoubtedly you are all aware of, the passing of the unlawful Internet Gambling Act attached to the Port Security Bill in the late hours of congress before they ended sessions last year. Instead of going over all the usual, let me explain my thoughts on the bigger picture.

END_OF_DOCUMENT_TOKEN_TO_BE_REPLACED

European bookmaker William Hill is set to transfer its online gambling operations from the Dutch Antilles to Gibraltar and Malta. The move comes after William Hill was left off the DCMS white list of gaming jurisdictions outside the European Economic Area to be exempt from a ban on gambling advertising. Expect more online gambling operators to move their operations in order to have advertising rights.

Battered online e-wallet NETeller, which closed its US operations in January after internet gambling was banned, has announced that it expects renewed growth in other regions following its resolution with US authorities.

The US Government banned gambling via the Internet and financial transactions relating to it in October as part of a Bill designed to increase port security. Several European based online gaming companies collapsed immediately after the decision and NETeller was forced to reach an agreement with American authorities in July that resolved investigations into its former business activities in the US.

The Isle Of Man-based firm said that it had made significant progress in returning funds to its former US customers with more than $71 million of the total $94 million owed to American customers so far having been returned through a distribution plan agreed to with Government authorities.

‘The settlement represents a certain outcome that enables the company to refocus its efforts on building and strengthening the business outside of North America into the growing markets of the European and Asia-Pacific regions,â€ said Dale Johnson, Chairman of NETeller.