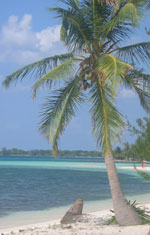 Florida’s government has three more weeks to make a deal with the Seminole Tribe over bringing Las Vegas style gambling to its casinos after the U.S. Interior Department extended Tuesday’s deadline for an agreement to Sept. 11.

The Seminole tribe believes it can bring Class III games like blackjack and roulette to its Florida casinos because the state allowed Las Vegas style slot machines in Broward County dog and horse racing tracks and a jai-alai facility.

The state is seeking a share of the tribe’s revenue, as well as regulatory oversight over some of the operations. In exchange, the Seminoles could be given exclusive rights to those games. Currently the state gets no share of the revenue and the games are regulated by an Indian Gaming Commission.

Governor Crist would not reveal the state’s goals in the negotiations. He said he didn’t want to share them because “I don’t want you to be disappointed if they’re not achieved. It’s a delicate negotiation and it’s been extended now.”

The negotiations are coming at a time the state needs the money. Lawmakers will go into a special session next month to cut the state budget by $1.5 billion because of falling tax revenues. Crist wouldn’t say that gambling money is a solution to the problem.

“There’s a lot of things we’re looking at. I want to be open-minded and I want us to be innovative in terms of looking at things that can help us with this budget challenge that we have. I know that we’re going to get out of it,” Crist said.

The Seminoles have “Class II” gaming at casinos in Tampa, Hollywood, Brighton, Immokalee, Coconut Creek and at the Big Cypress reservation. They have bingo-based video slot machines that look and play like the real thing, but unlike Las Vegas style slots, players compete against each other for jackpots instead of against the house.

The Interior Department has to ultimately approve an agreement between the state and the tribe, but could allow full-scale gambling with no money for the state if Florida fails to reach a deal.

Here at World Gambling News we have a solution to Florida’s state money needs. Our plan is to have the state approve 2 full fledged casino’s on the north side of Lake Okeechobee and 2 on the south side. It would allow millions of dollars to be pumped into the state as well as a depressed area of the state. The Lake is far enough from major metropolitan areas for anti gambling activists to really care, yet close enough to drive to from all of Florida’s major south and central cities.

We’ll keep you posted on this development as we know that Florida is one of every one’s favorite vacation destinations.