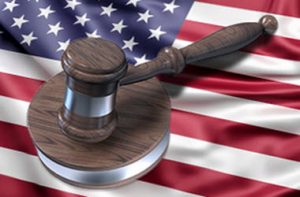 With all the crazy things happening in the world I’m amazed we see the US government going after online casinos and online poker rooms the way they are today.Â With the hit on Full Tilt along with other poker rooms, Quicktender followed right behind in getting large amount of cash seized.Â Most cash taken from Quicktender was not even gambling related but the DOJ doesn’t care for some reason?

Why are we not seeing a big push on the US Mexico boarder where lives are being taken, drugs are being smuggled in and all sorts of crazy crimes take place?Â How about the Gun running scheme Fast and Furious out DOJ ran placing countless amounts of small arms into the Mexican drug lords hands?Â These guns have now been traced to the deaths of many civilians as well as boarder patrol officers.Â The government needs toÂ look at the priorities and all the stupid laws on the books and start over.

Well the web page for Quicktender now reads : “With regret, the Quicktender service has been discontinued. All account holders will be notified by email ”

Â Prohibition at its best, I cant wait until these law makers finally get what they deserve as they get voted out for destroying this once great and free country.Â 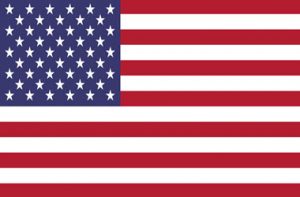 Well here we go again, the great folks at the US DOJ are hot on the trail of online gambling companies once again.Â Now we have a list of domains that were seized after being tied to Sport Book Betting and that may be illegal if you really stretch the old 1960’s wire act. The casinos listed were not anything of note except for Doylesroom, taking the name of the legendary online poker player.

END_OF_DOCUMENT_TOKEN_TO_BE_REPLACED

A couple of weeks ago there was a huge fuzz concerning an online gambling regulation bill in New Jersey that seemed to be on the road to be passed. However, it seems like the bill ran into a little bit of traffic on the way and it was not put to vote at the Assembly on December 13th as it was planned.

END_OF_DOCUMENT_TOKEN_TO_BE_REPLACED

The legislative climate for online gambling continues to get stirred up, this time by Harry Reid, Senator Majority of the Nevada district. Reid is trying to push forward his own legislative bill to get online poker legalized in the United States.

END_OF_DOCUMENT_TOKEN_TO_BE_REPLACED

Just reporting after watching the intense elections that the US went through today. It seems like the Republican party won a lot of seats this time as the majority of US citizens decided to side with them this time.

Whereas I do not want to get into an argument on politics, let’s better discuss what this means for the online gaming industry as a whole.

END_OF_DOCUMENT_TOKEN_TO_BE_REPLACED

Given that statistics say that one million Florida residents partake in illegal offshore gambling activities, the state is now analyzing a bill that could regulate online gambling and generate a $200 million revenue.

END_OF_DOCUMENT_TOKEN_TO_BE_REPLACED

PokerPAC, the political action committee of the Poker Players Alliance (PPA), today released the list of Congressional candidates it has endorsed for the 2010 mid-term elections on November 2nd.

END_OF_DOCUMENT_TOKEN_TO_BE_REPLACED

As we already know, the State of Kentucky loves to attack online gambling and to profit from such proceedings. The state and its lawmakers have an ongoing battle with the online gambling industry that just seems to be growing.

END_OF_DOCUMENT_TOKEN_TO_BE_REPLACED

Canadian online casino players received very sad news last week when a lot of online casino operators announced that they will no longer be providing them with their services.

The message was a result of new legislation coming into effect in Canada. The legislation prohibits foreign online casinos to offer casino games and products in their jurisdiction. Due to the instability of online gambling regulation in Canada, companies are not entirely sure of how to proceed.