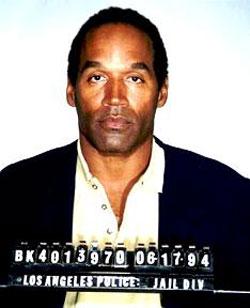 Las Vegas police say they’ve arrested O.J. Simpson on charges related to an armed robbery of sports memorabilia at a hotel room at the Palace Station Casino. The arrest came after another man was taken into custody in the alleged incident.

Simpson has said he was among several people who went to a casino hotel room this week. He said he’d hoped to retrieve some items that belonged to him. He told police no guns were involved.